Last week I shared what I’ve learned so far about feeding a family on weight watchers and I promised a bit more on my Dinner Winners.

I’ve been surprised just how many of the Weight Watchers meals I’ve made have actually gone down well with my kids. They aren’t super fussy but they can be picky about new things and have an infuriating habit of deciding they don’t like something without ever trying it, or worse – because their sister does like it. ARGH!

So when the stars align, on the happy day when they all actually enjoy something, I add it to a list. I’m calling this my Dinner Winners. Which makes me chuckle a little, but will probably only have the same effect on anyone who spent a lot of time around Oxford Circus about 15 years ago. 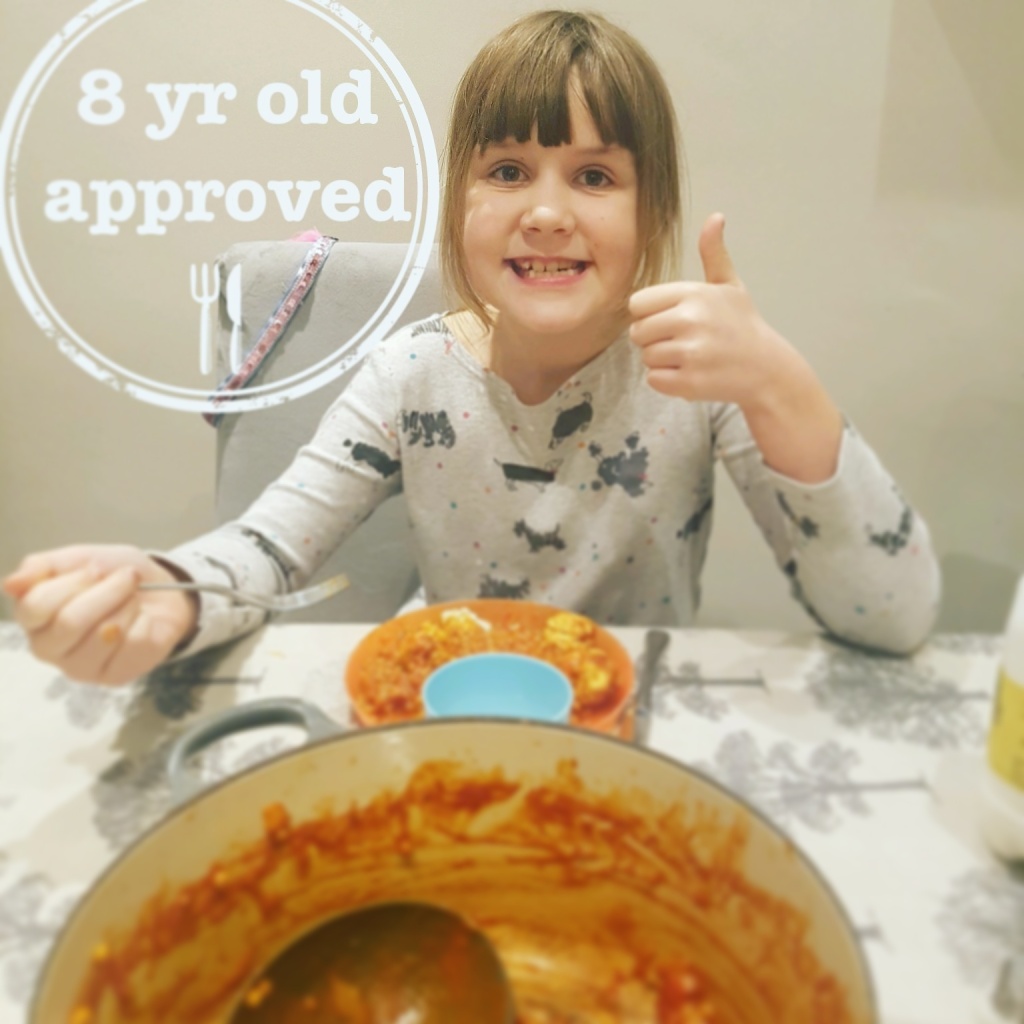 There have been a few fails that haven’t made the list, a chicken biryani that even my husband wouldn’t finish off and a mac and cheese recipe with a mysterious second sauce that once made up, never appeared again in the recipe. But those that do get added give me some ready to go options when I hit an online shop deadline at a time when my brain is all done with thinking for the day.

I’ve mostly been following weight watchers recipes so far so I’m afraid the links to these will only work if you have an account, but I’ll give you a brief idea of what they are and you can probably find something similar or figure it out yourself if you are all clever in the kitchen.

Turkey meatball tagine – Turkey mince and a bit of cumin make for really easy meatballs. They can be grilled and added to a tomato based sauce with some giant cous cous

Tortilla pizzas –So easy these are now a staple in our house. Use a flour tortilla as a base, add tomato puree or pesto then whatever toppings you want. I do veg, chicken breast and low-fat mozzarella for me, the kids get full-fat cheese. Ten minutes in the oven and you are all set. Cut into slices they also make great baby finger food.

Banana Oat Breakfast Bakes: This one I can give you the recipe for as I actually came up with it myself, though it’s hardly rocket science so no doubt there are many similar things out there (there is a reason this is not a food blog!) 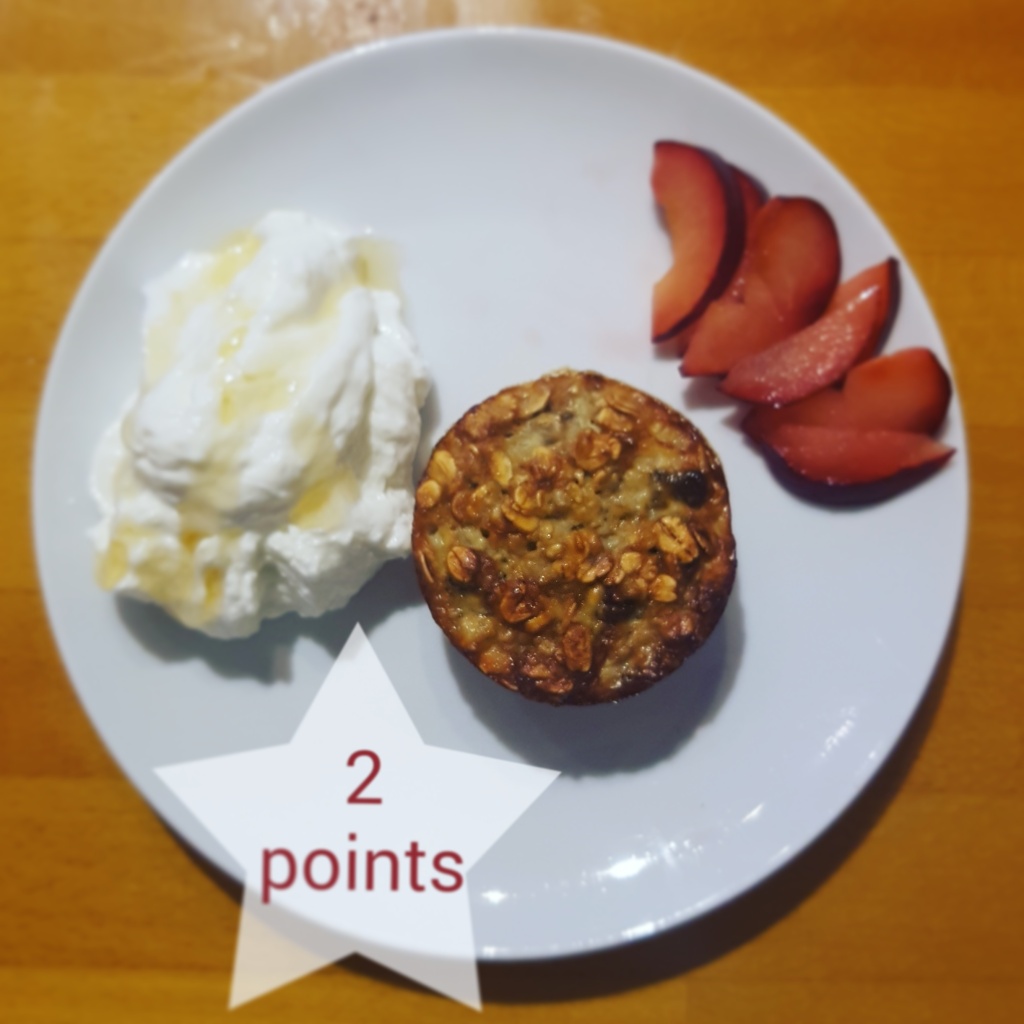 Voila! They aren’t terribly pretty but they make a quick and satisfying, fiber rich breakfast and only 2 points each. I like them with a dollop of fat free 0 points yogurt and a teaspoon of honey (for one extra point)

I was pleasantly surprised this week – 3.4 lbs off! The day before weigh-in was rather frantic and I’d fallen into the trap and picking at the kid’s leftovers, so I hadn’t been expecting to do so well – I’ll certainly take it though. I’m also down 3cm on my waist, I suspect some of that was the week before as I felt quite bloated on weigh-in day but whenever it happened yay! think I’m starting to see a difference now, I’m still in my post-baby sized jeans but I am having to wear a belt with them now.

I’m venturing out from the Weight Watchers website a bit this week as I’ve just got Tom Kerridge’s new cookbook. I’ve watched a bit of his TV series and some of the recipes sound good so I’m giving them a go. It’s a bit annoying having to put all the ingredients for a recipe into the WW app but I’m getting the hang of the 0 points items now and just leaving them out to save time. 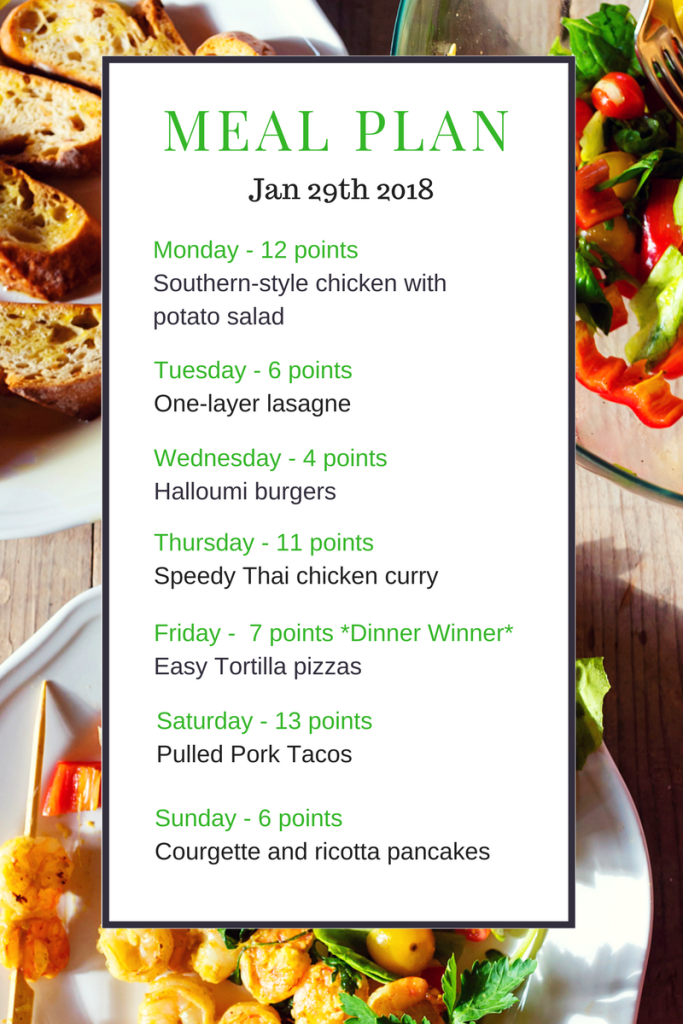